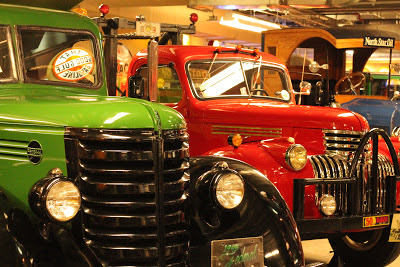 There are two Gasoline Alley's in Alberta. One is a strip of gas stations and motels just outside Red Deer and the other is a treasure trove of classic cars and trucks in Calgary. Guess which one we are discussing today?

Despite it's gritty sounding name, Gasoline Alley is a very polished and well presented car museum located just before the main gates at Calgary's Heritage Park. The museum largely funded by donations and mostly features cars and trucks (A lot of trucks, actually) from the 1900's to the 1940's. The newest car I found on display was from 1956. So while not a musclecar haven, the museum features a host of odd and interesting cars from the dawn of the automobile. 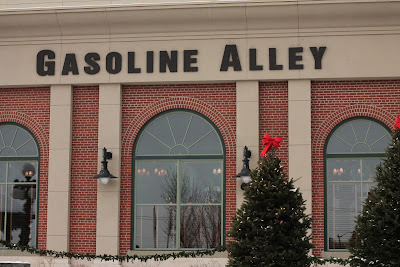 Describing all the cars in the collection would be a daunting and tedious task. Instead, a few highlighted examples will be discussed below in addition to a small gallery of photos. 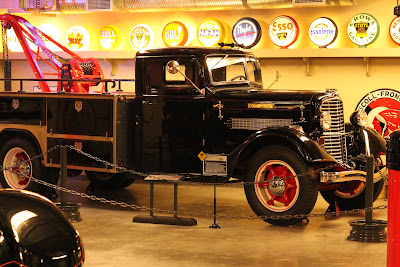 This 1935 Diamond T tow truck is about as handsome as trucks can get. Not sure if the towing assembly and box arrangement is original but it looks good on the big old truck. Also visible are some of the "fishbowl" lamps that are scattered throughout the museum. 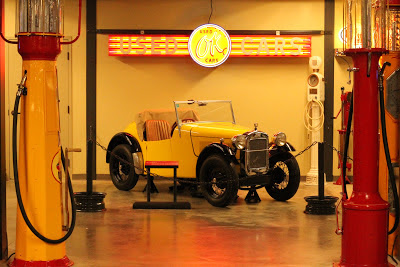 By far, my personal highlight of the museum was this diminutive 1935 Austin Seven "Nippy" tucked away at the back of the basement. It seemed so out of place among the hulking chain drive trucks and tankers. The British featherweight had a cheery air about it and it's interesting to see interwar British Sports cars. Makes an MGB look modern by comparison. 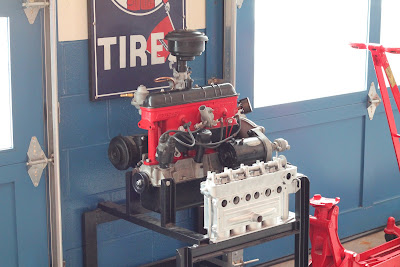 While on the topic of pint sized oddities, the museum also had this Crosley CIBA engine on display. This is not one of the rare CoBra "copper brazed" engines with blocks made literally from sheets of copper. This is a later engine with a block made out of cast iron so it could last more than a week in a car. And who knows where the engine came from? It's unlikely that it would've powered a Crosley Hotshot or Supersport but it is possible. 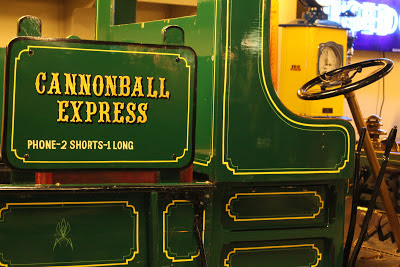 I called and they didn't pick up. 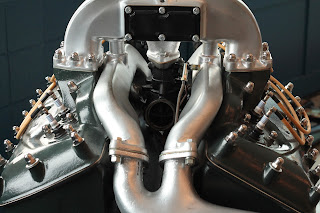 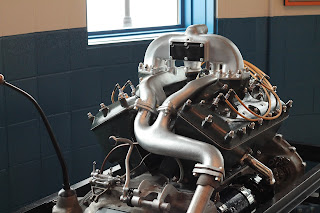 This 1924 Lincoln V8 was intriguing with it's inboard facing intake and exhaust setup. A very pretty engine that would look great sandwiched between some deuce frame rails. 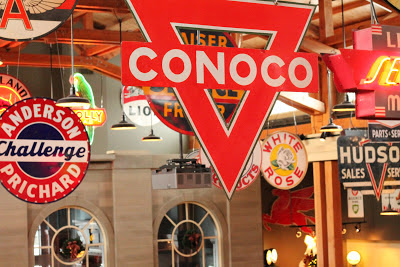 Gasoline Alley is a place where it's easy to get sucked in for hours by the cars, engines and an amazing amount of vintage signage. In closing, I leave you with some snapshots of a board that listed many dead brands, many that most have never heard of.