Found in the Wild: The Fastest Ferrari Today 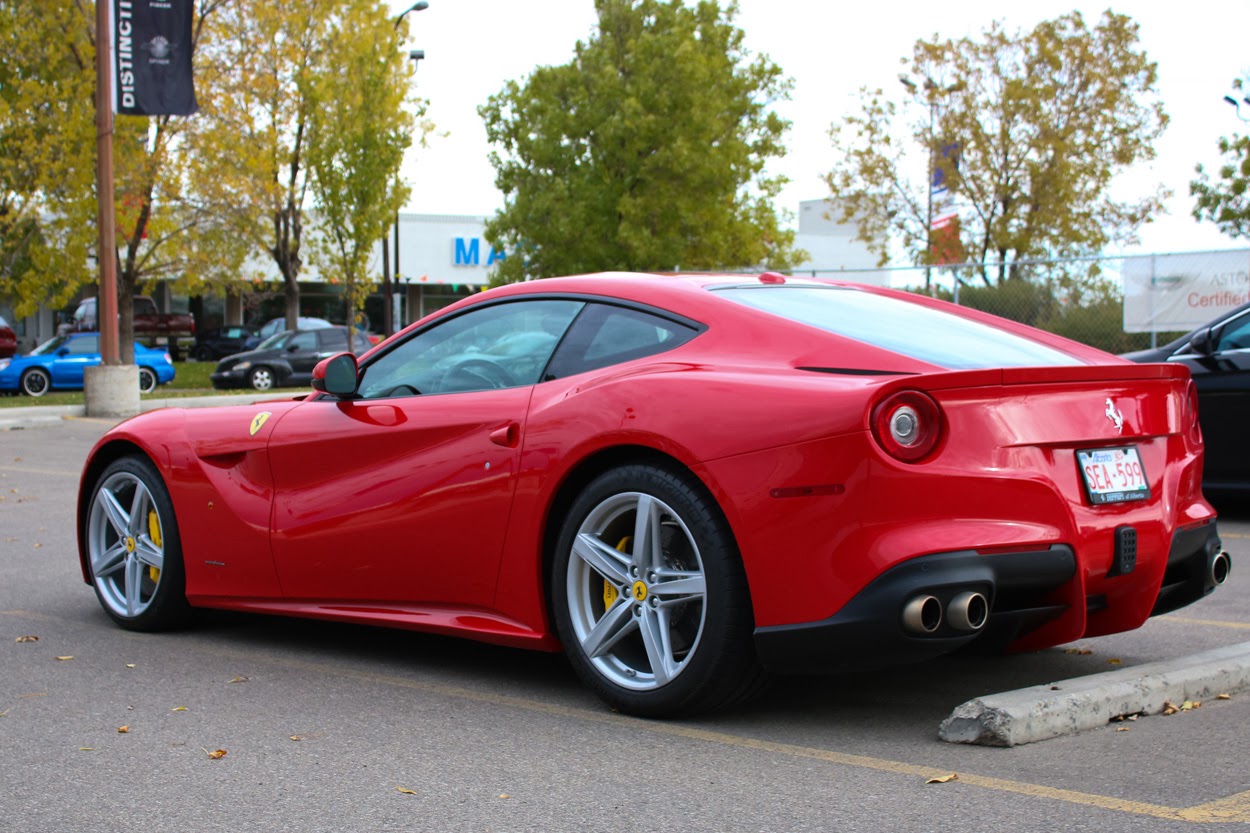 A few of the more astute readers will remember our article on the classy and classic Ferrari 365 GT 2+2. That car had carburetors, (lots of them, actually) lap belts and an airbag-less steering wheel made of real wood. There are plenty of differences between that car and today’s featured 2013 Ferrari F12 Berlinetta but there are two huge similarities: The engine is in the right place (In front of the driver) and it has the correct amount of cylinders for a Ferrari. 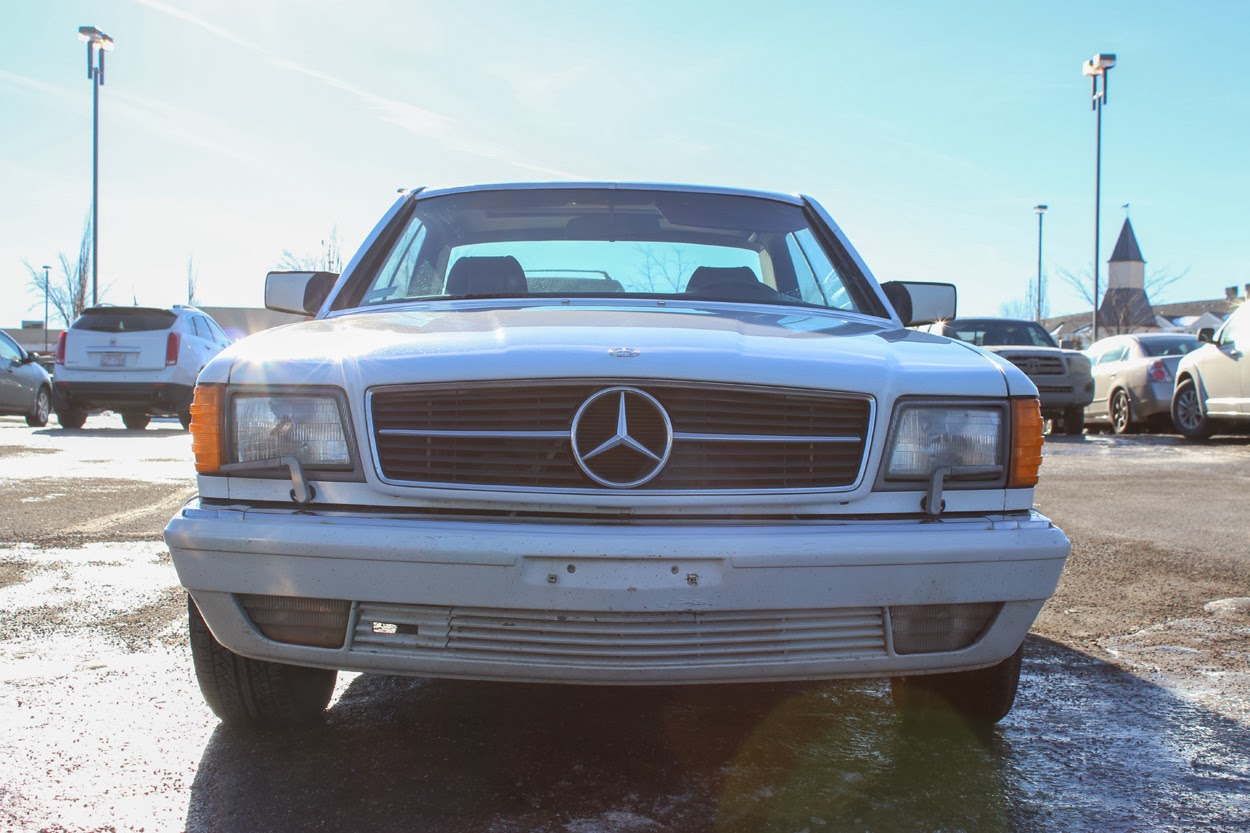 In 1989, your boss didn't drive this car. But his boss probably did. This 1989 Mercedes 560 SEC was the most expensive Mercedes you could buy in 1989. (Excluding the hot rodded AMG versions) This was the halo car in the very back of the glossy brochure. Bold V8 power, elegant coupe styling and vault-like build quality were hallmarks of these cars. Finally a car for the Wall Street elite for times when a Countach is too much flash. 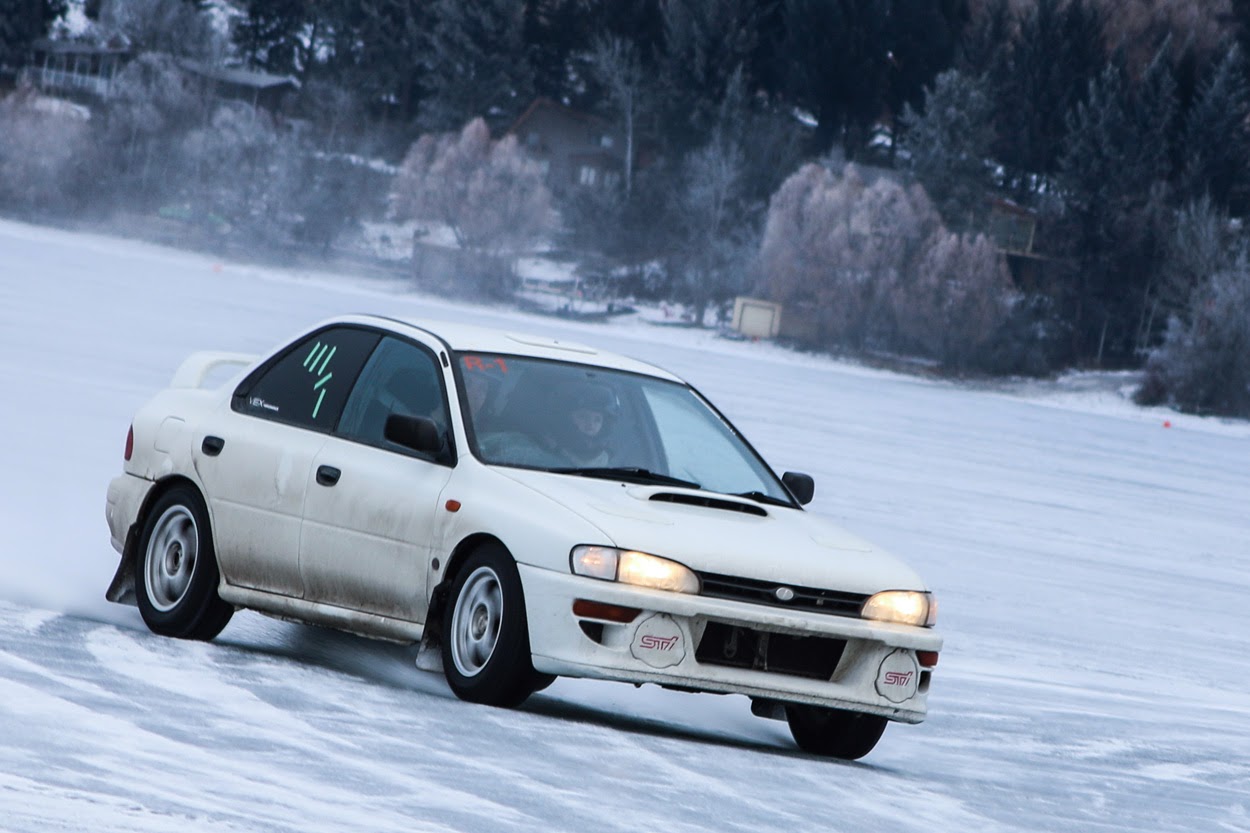 Found in the Wild: The Zenith of Malaise 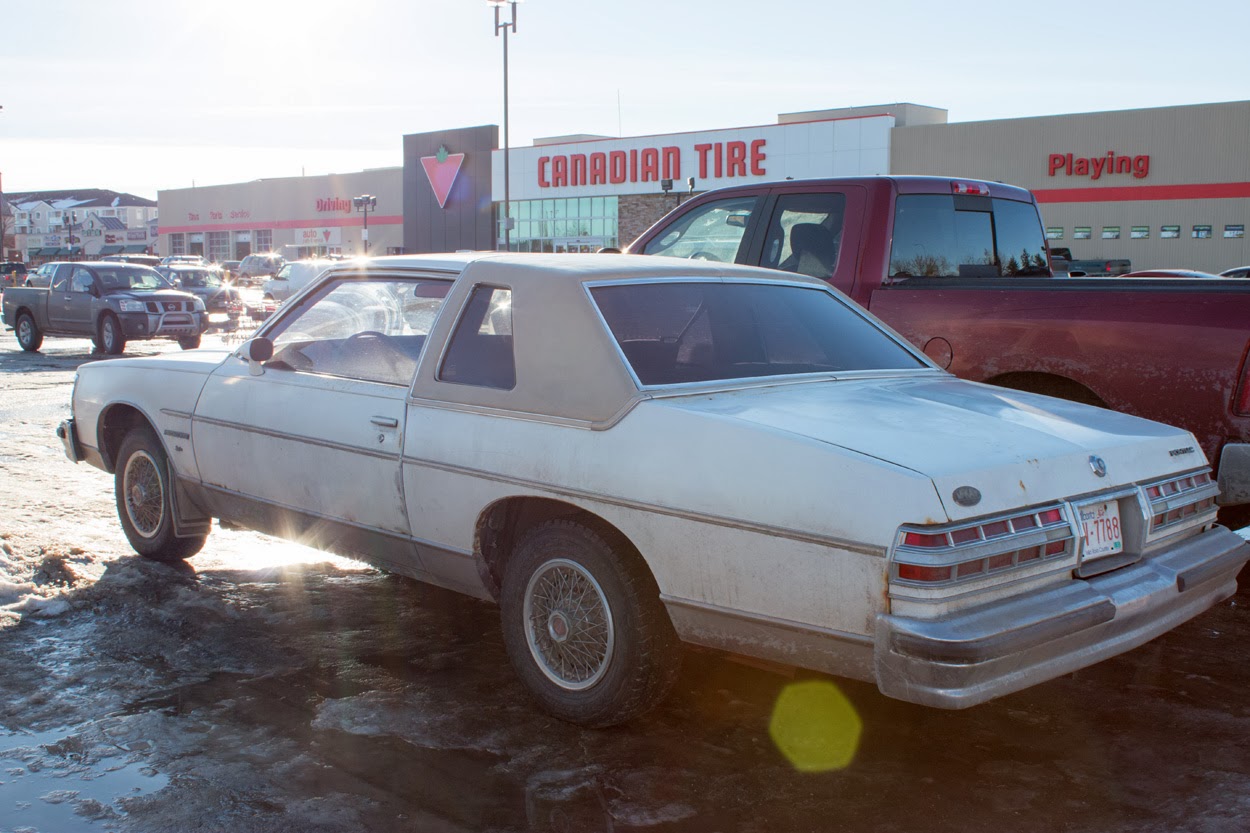 The muscle car era was defined by excess. Excess power to match outrageous graphics and a complete lack of sufficient brakes and suspension to keep the whole 425 horsepower mess pinned down. The Malaise era which followed the muscle car era was defined by excessive qualities too; though horsepower was not one of them. Welcome to 1979 and the absolute peak of malaisey goodness. Welcome to the Pontiac Parisienne Brougham Landau.

Found in the Wild: Almost Supernatural 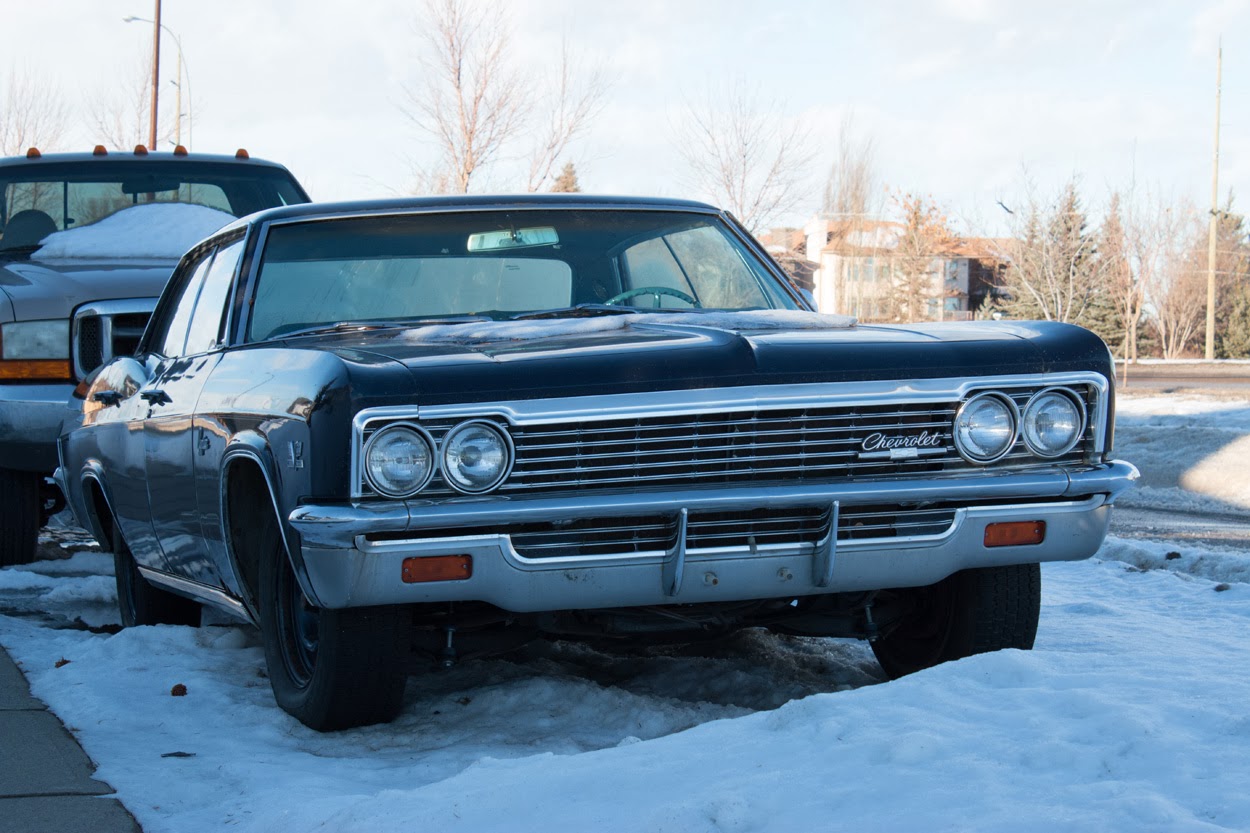 As many of you already know, the weather here in Calgary has been pretty nasty. This winter's arctic temperatures and record snowfall has kept most classics off the street. But not this one. Shining brightly among the hoards of dirty SUV's, this 1966 Chevrolet Caprice is a sight for sore eyes. (And frozen eyelids) And this one's got a big block. 1978 was a dark time for the performance automobile in North America. Real performance had given way to flashy stripes and vinyl tops, mandatory emissions equipment was suffocating engines and cars seemed to be getting heavier and more overwrought year by year. It's hard to believe now, in this era where 300 horsepower is common in a mid-price sedan that there was a time when hardly any cars made more than 200 horsepower. The Ferrari 308 and Pontiac Trans Am were two such cars that were plenty different but shared one large similarity. They were two of the best performance cars you could buy in 1978.
Read more »
Posted by Clayton S at 6:04 PM No comments: