Found in the Yard: The Last AMC and an End of an Era 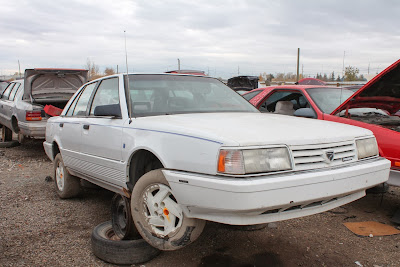 Picture any car from the late '80's. Got it in your head? Now go ahead and picture that car with white paint rolling on white rims. Almost every late '80's car looks awesome in the white-on-white combination and today's 1989 Eagle Premiere is no exception. (Not that I would be personally biased or anything) The Premiere is arguably the last "true" AMC ever built and it features components from AMC, Audi and Renault. Let's dig deeper and find out what makes this car such a rare find! 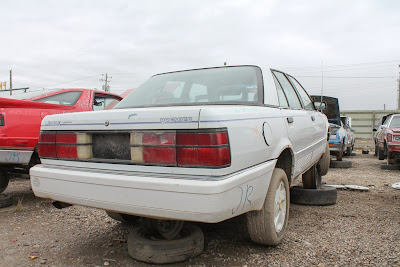 The Premiere was really AMC's swan song. The Premiere didn't premiere until 1987 and by then AMC had been sold to Chrysler. So essentially it's a AMC/Renault design produced by Chrysler and branded as an Eagle. Still with us?

The Premiere was essentially a rebodied and Americanized Renault 25. This meant a sharply designed exterior a la Giugiaro and a redesigned interior. Our found 1989 model has the SE package which graces the Premiere with Pontiac-like plastic ribbed panels all around and and the quintessentially '80's white five-spoke wheels. 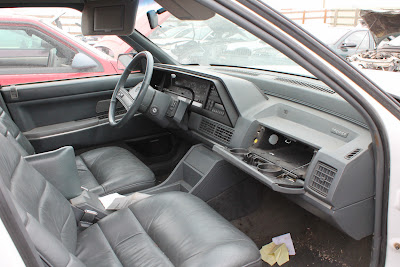 Though it's all a bit 'plastic fantastic' inside, the Premiere's interior was advanced for the late 80's. Many necessary controls for the wipers and lights were placed off the steering column so they could be accessed without the driver taking their hands off the wheel. This was unprecedented at the time. It also possessed some of the worst cup holders ever designed. Perhaps that's part of its original French parentage showing through as the Europeans were never keen on cup holders. 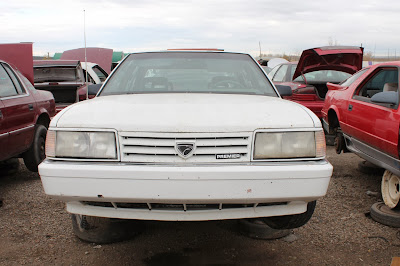 The Premiere was available with two rather disimilar engines, the antiquated 2.5 liter AMC four-cylinder and the troublesome PRV (Peugeot Renault Volvo) 3 liter V6. The AMC 2.5 wasn't exactly a powerhouse and the PRV V6 was prone to overheating. 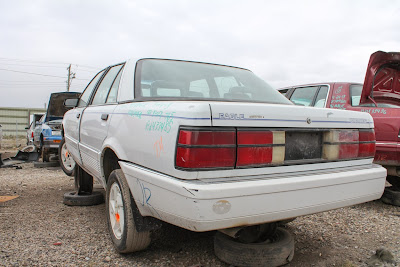 Despite this, the Premiere was met by rave reviews from the contemporary motoring press. The car was praised as well engineered, crisp handling and a fresh take on the American sedan. But these reviews never translated into sales and the Premiere was a slow seller. Today, few, if any Premieres survive in a street driven condition. Even finding one in a junk yard is a rare sight. But the Premiere's successor, the Eagle Vision enjoyed great sales success and can still be seen if you know where to look.
Posted by Clayton S at 2:03 PM