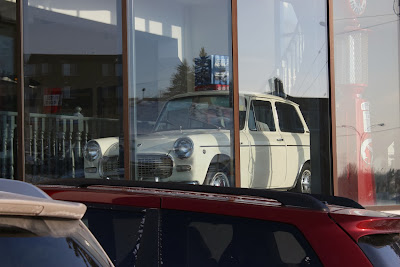 Japanese cars were still jokes in North America during the mid 1960's. They were funny little foreign cars with odd designs and feeble power outputs. Though reliable and frugal, they were, for the most part, ill suited for high speed North American roads and brutal mountain passes. Highway capable Japanese cars were still a few years off. It's odd to think that Toyota's now massive presence in Canada began with this frightened looking Ford Anglia wannabe. 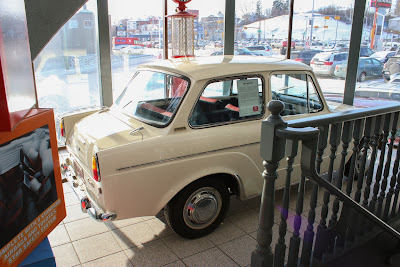 Nestled in a little nook at Calgary's Heninger Toyota dealership (We're really on a roll with these Toyota dealerships) is today's refrigerator white 1965 Toyota 700. This car's 1965 build year coincides with Toyota's first year of importation to Canada. Toyota had been importing cars into the us since 1957.

The 700 was so named for its 700 buzzing cubic centimeters that powered it. The 0.7 liter (43 cubic-inch) horizontally opposed two cylinder was air-cooled and produced a minuscule 35 horsepower at 4,600 RPM. Though it only weighed 1,300 pounds, this one's two popper is shackled to a power sapping 'Toyoglide' two-speed automatic. Zero to sixty times under 30 seconds were unattainable dreams. 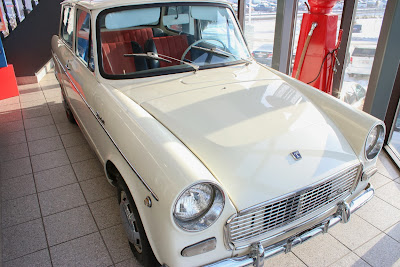 The double digit power output coupled with the balky automatic meant that steep hills were a real threat to continuing forward mobility. There was also the slight issue of the air-cooled cars not having a heater. In Canada! Not surprisingly, the car was a hard sell and very few found buyers. 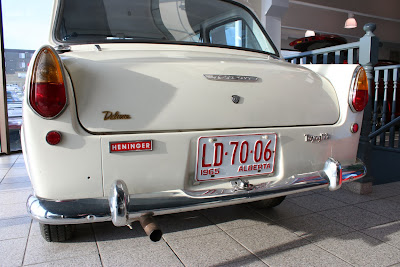 This particular car was found in Kelowna and restored by the techs at the dealership in their spare time. A video with a more complete story can be found here. 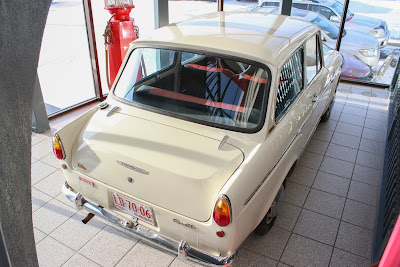 Though extremely rare, values for the 700 remain low. With horrible parts availability and limited highway capability, the inside of a showroom might be the best place for a restored 700. Though the car itself might not have been a commercial success, Toyota learned from the 700 and subsequent cars were better suited to North American driving. And for that reason, the Toyota 700 is a very important car indeed.