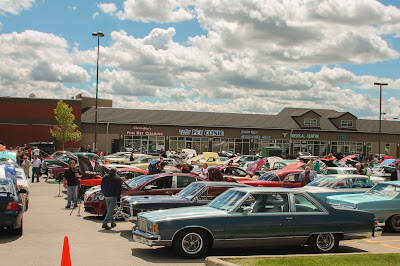 Here's a stinging fact: The last Pontiac ever made rolled off the assembly line three years ago. In a world without new Pontiacs (Oh but thank God we still have Buick) most people remember the Poncho brand for GTO's and Trans Ams. And while those cars are more than worthy of remembrance, let's stroll through this Pontiac only car show with an eye for the stranger models. 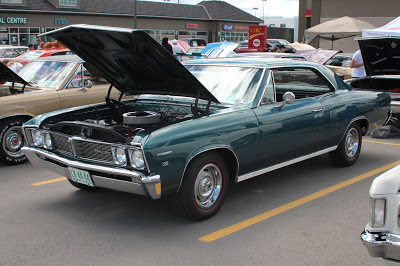 Going to a Pontiac meet in Canada requires a slight re-calibration of your mind. See Canadian Ponchos were often different from their American equivalents and there have been many weird Chevy/Pontiac hybrids sold under the Pontiac name. Take for example, this 1967 Pontiac Beaumont. Beau-wha? It's actually a Chevy Malibu, complete with Chevy engine, sold with a unique front and rear end treatment as a Pontiac through Pontiac dealerships. Simple right?

I also find it hilarious that a 350 horsepower big block was labeled 'ECONO - JET' for the Canadian market. 6.5 liters of high compression performance engine? How economical! The same engine was called a Turbo - Jet stateside. 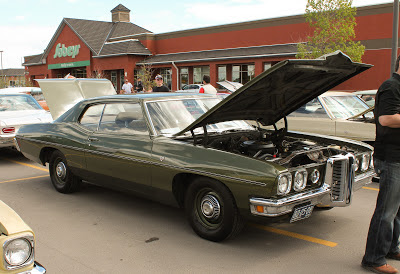 Another Canadian-only oddity was the Pontiac Laurentian. This was a full size car with shared mechanicals and a few body panels with the contemporary Chevy Caprice. And this specific one is a little special. That's because this one is completely bare-bones with no options at all. Manual drum brakes, manual steering, dog dish hubcaps, vinyl bench seat and column shift automatic.

Oh right, it does have one option box ticked. And that box was reserved for the monstrous 454 cubic inch (7.4 liter) 345 horsepower V8. Whoever ordered this car wanted tire melting big-block torque and not much else. He was probably a lunatic and I want to shake his hand. You can't do this with cars anymore as most performance packages come with special seats, spoilers, badges etc. 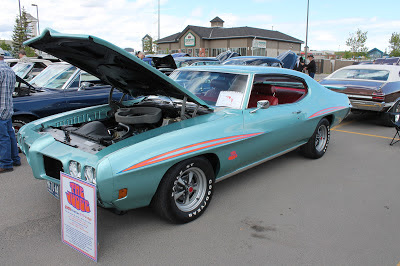 It's easy to feel judged from all sides at events like these. This attention-grabbing blue GTO Judge came with an equally eye-popping red interior. Apparently this wild color combination was banned from production so somebody must have had some sneaky connections to get this one built. Glad they did! 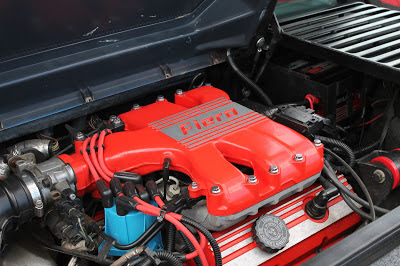 There were also some very clean Fieros around. It's a rare treat to see a V6 Fiero that hasn't been thrashed or TURNED INTO ANOTHER FERRARI WANNABE. I guess he showed up at the Pontiac show because the Ferrari concourse wouldn't let him in. 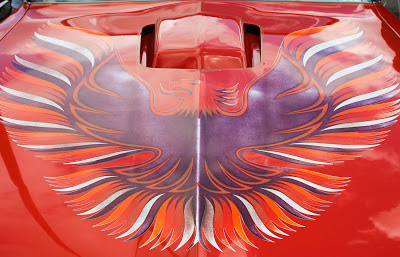 This Trans Am wore its patina proudly. These late 70's Trans Ams were truly good cars in a dark automotive time. Great looks, good power if equipped with the 400 V8 and decent handlers too. 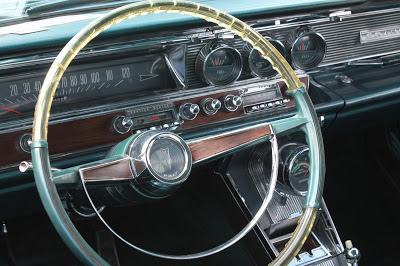 The '60's were the best years for interiors. Just look at it! The translucent steering wheel is also very cool. 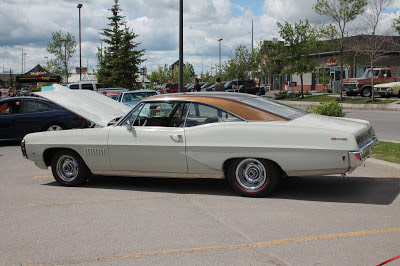 Could you imagine a better cruiser than this? I'm not even going to try and figure out what kind of strange Chevy/Pontiac breeding is going on here. Looks like an Impala roofline but the body sides aren't the same. In closing, I leave you with this. It's the proud, chrome plated assault weapon for the roads that is the 1966 GTO parked next to the blobby and apologetic Murano. One is dead forever while the other thrives in abundance on our highways. Our world voted for this. The hordes wanted airbags instead of superchargers and they got what they wanted. Cars will never again be exciting and lethal forms of self expression. The automobile,  a love affair for more than 100 years is dying. As electric systems increasingly invade the driving experience something gradual and profound is happening to the pilots of these crafts.

The driver is ever more the passenger in new cars. Take a stand. Be a driver.
Posted by Clayton S at 2:43 PM