Found in the Yard: One Barge to Rule Them All 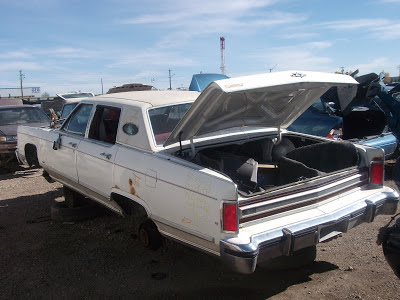 The name "Town Car" has never made sense to me. As if would only seem logical to Lincoln buyers that they would need and want a car the size of a small planet to tool around the "town". Yet despite the incongruous nomenclature, Lincoln never seemed to have trouble selling beasts like this 1978 HMS Continental Town Car. However as these cars aged and opera windows, vinyl roofs and 8 mpg became less fashionable, many found there way to junkyards like this one. 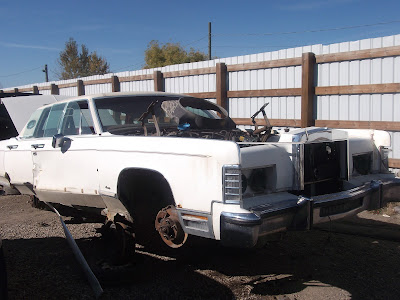 Just drink in the daunting specs; this barge measured an impressive nineteen and a half feet long (A 1990's Chevy Suburban is 18 feet long for reference) and at 6.7 feet wide, most adults could comfortably lay across the hood from fender to fender and not have their feet hang off. Motivating this nearly 5,000 lb barge is a wheezing 460 cubic inch (7.5 liter) V8 that manages to eek out an asthmatic 210 horsepower. Thats a mere 28 horsepower per liter. The 70's were stale times indeed. 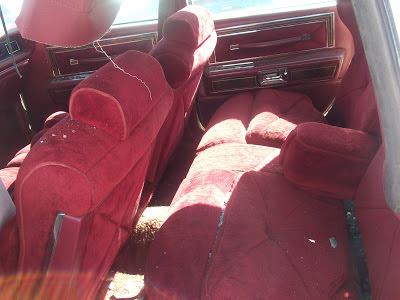 But who cares about horsepower when you're surrounded in the finest crushed velour this side of a Las Vegas brothel? I know I don't. And there is a certain romance to looking down six feet of razor straight hood and looking down at the peasants through the signature Lincoln crosshair hood ornament. 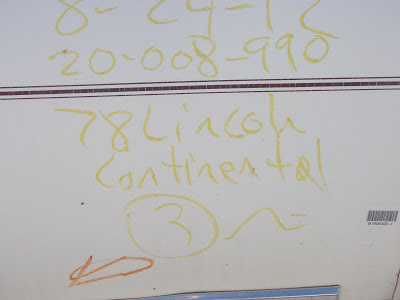 CAFE regulations, pedestrian safety mandates and common sense prevent a car like the Continental from being built again. Some would argue that as a good thing. But like the Lamborghini Countach, the big Lincoln is a symbol of the late 70's. It's brash, American and you fully expect to find little baggies of cocaine in the glovebox. (I checked, it was empty, disappointingly) But the Lincoln Continental Town Car still stands with the late 70's GM full size cars as some of the largest production cars ever built. It's the last of the dinosaurs, a mastodon amongst mammals. 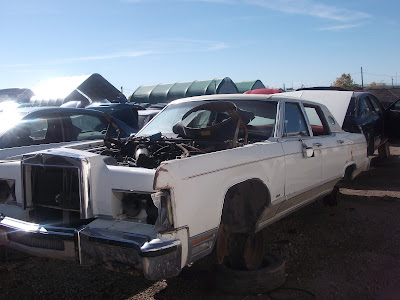