Rebirth of the Fun: Driving the NA Miata 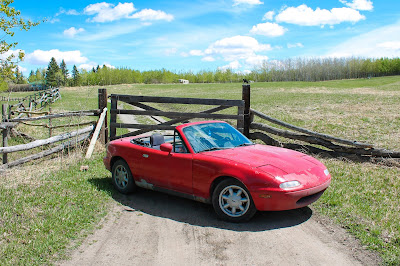 Is any other car so simultaneously loved and loathed at the same time? The Mazda Miata manages to be both the butt of all jokes as well as the answer to all questions. But openness is key to experiencing the Miata; as in you need an open mind and an open roof.


Our featured car is one of the first Miatas ever made, a Canadian spec 1990 Miata that was actually built in 1989. This car is from the "NA" generation of Miatas and though its worn in like a comfy shoe, is the pride and joy of owner, Chris. And on a sunny Alberta day, we took it up to a tight and heavily cambered country road to have some fun. 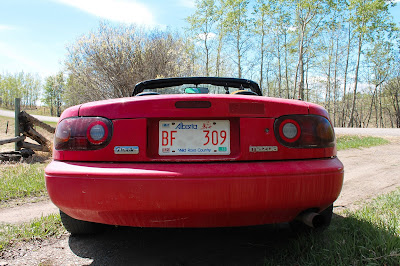 Some cars are designed to accelerate quickly, others to corner hard around a skid pad  but the Miata was designed to provide an enjoyable driving experience. It would have been fairly easy to install a larger engine for more power or wider tires for more grip but the folks at Mazda left well alone. The Miata is a plaything, something to make drivers smile. And on the tight and bumpy back roads the Miata was definitely the right tool for the job. It was no where near as quick on the same roads as the recently tested Subaru WRX STI but it was arguably every bit as much fun. 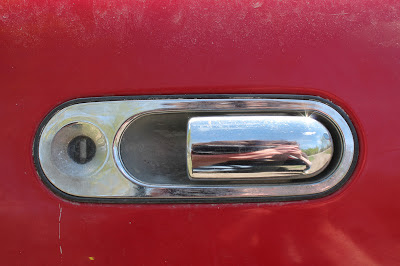 Driving the Miata is a satisfyingly mechanical experience. Even the door handles have a bit of theater in their operation. To open the door, one needs to hook his index finger under the latch and pull until there is a click. It feels like undoing a metallic bra clasp. Satisfying indeed. The shifter notches into gear with an oh-so-Japanese precision and the gear ratios are low and perfectly suited for the 114 horsepower 1.6 liter engine. 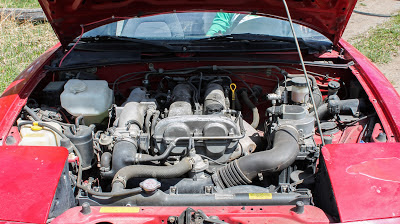 Once at speed, the controls of the Miata are light and responsive. There's a fair bit of body lean but the car never feels wallowy. The brakes are four wheel discs and never feel overtaxed when bringing the dainty 2,100 pound Miata to a stop.

The Miata was made for drives like these. With the sun shining and not a single stopwatch or lap counter in sight (Though they are fun at the track as well) the Miata simply begs to be driven. The engine revs eagerly and sings happily as it winds on towards its 7,000 rpm redline. It has a raspy snarl much like a carbureted engine. Doesn't make a lot of power there but damn if it doesn't sound fantastic. 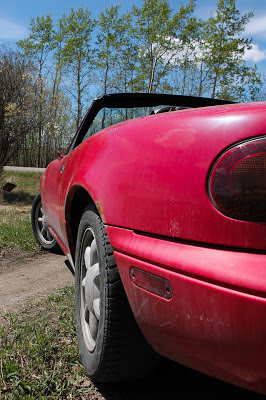 The Miatas polarizing reviews seem to be products of the wide range of people who buy them. People expecting a half price Lotus Elise are disappointing in its skid pad limits. Similarly people who expect the Miata to be a Mazda Corvette are dismayed with the lack of power from the 1.6 twin cam.

But those who look at the Miata as a source of driving euphoria rarely walk away unhappy. The Miata marked a return to building "fun" cars. It was a radical move to make a car with no real care for how its performance statistics stacked up against other cars. And seeing as there are more Miatas on racetracks on any given weekend than any other car, you could say it payed off.
Posted by Clayton S at 11:32 AM