Retronaut Takes us to the 1958 Cuban Grand Prix 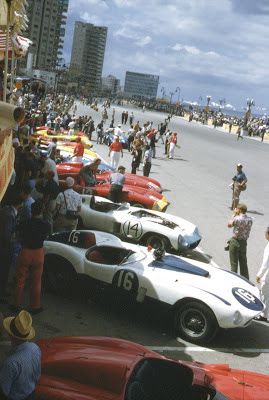 Modern day event organizers would faint if they saw the "lax" attitude towards driver and spectator safety in 1958. The fact that it took place in Cuba just before Fidel Castro's revolution makes these photos that much more awesome. 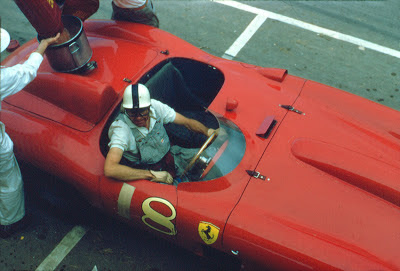 These photos are from a gallery on Retronaut.com. The site is full of weird and interesting old photos from the dawn of the camera to the 1990's. But we're here for the car pictures!

Look at all the awesome things happening in the above picture. Firsty, we have Fangio (I think) sitting in a beautiful Ferrari 335 S. His advanced racing gear includes coveralls, a collared white shirt and helmet that wouldn't look out of place on a horse jockey. No roll bar, no nomex suit and no paddle shifters. In 1958, racing cars was still a pretty hairy chested activity.

Still not convinced of the awesomeness? Look how he's just sitting there nonchalantly, secured in his lap belt while two guys pour gallons of race fuel into a funnel just behind his head. 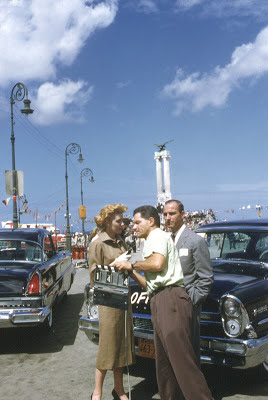 While the last picture doesn't depict any racing, it does a great job of setting the scene of some high profile mid '50's racing. That era of racing was romantic as it was lethal. Since then, steps have been taken to reduce fatalities but the massive risks are why drivers of this era are so idolized.
Posted by Clayton S at 7:22 PM