Boosted Expectations: The Turbo Trans Am 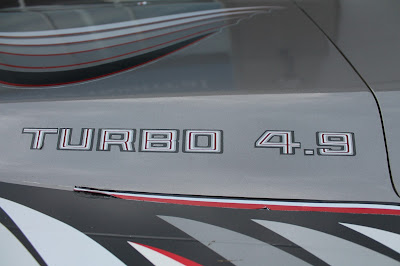 The year was 1980 and the big blocks were dead. The strong yet smog strangled 6.6 liter Pontiac V8 that had kept the performance flame alive for Pontiac in those dark years was gone. It had lead a full life and had managed to long outlive all the other high-performance big blocks from the big three. But Pontiac knew this day would come and they had a bold plan to restore big block power to the Trans Am without big block fuel economy. And thus, the infamous Turbo 4.9 was born. 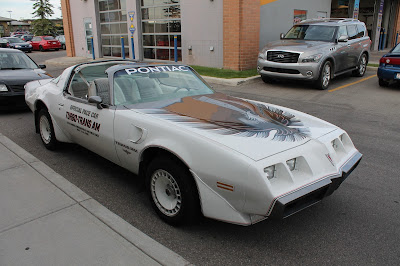 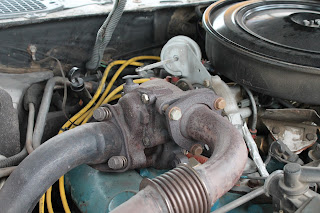 Much like communism or the Wankel rotary engine, turbocharging a small engine for big engine power makes sense in theory. The base for Pontiac's bold new engine was a stronger version of the 301 cubic inch (4.9 liter) V8 with extra webbing on the block for added strength. The AiResearch TB0305 turbo pulled air through a 800 cfm Rochester carb and generated a modest nine pounds of boost. 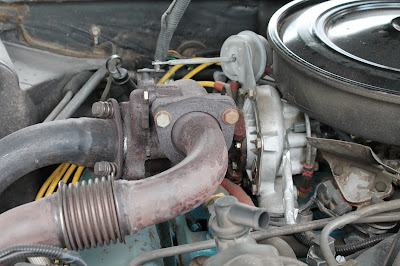 The 9 psi of squeeze working on the 301 was good for 210 horsepower and an impressive 345 ft-lb of torque. This was eye-popping stuff for a sub-five liter domestic engine in the malaise era and it's worth remembering that the naturally aspirated 301 was only good for 155 horsepower in top trim. But peak power and torque occurred low in the rev range at 4,000 and 2,000 rpm respectively. This was an early turbo and these were tuned for low-end torque rather than high-end power like most modern turbos. The turbo 4.9 was not a rev-happy engine and labored heavily to spin above 4,000 rpm. 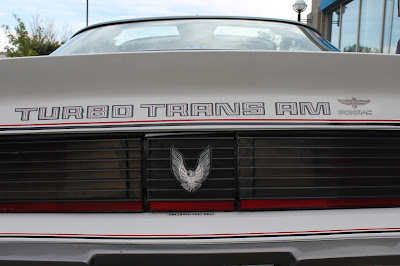 But in the end, the performance figures and sales figures for the Turbo Trans Am (TTA) were disappointing. For reasons known only to the crazies within late '70's GM, one could only order the turbo engine with an automatic transmission, (Due to emission reasons) air conditioning, (What, why?) and 3.08 "highway" gears. Despite all this mandatory option nonsense, TTA's could do 0-60 in 8.2 seconds and the quarter mile in 16.7. For comparison, a 1980 Ford Mustang Cobra took a languid 11.2 seconds to arrive at 60 mph and took 18.2 seconds to complete a standing quarter mile. Not so slow after all, eh? Then why does the TTA carry such a tarnished reputation today? 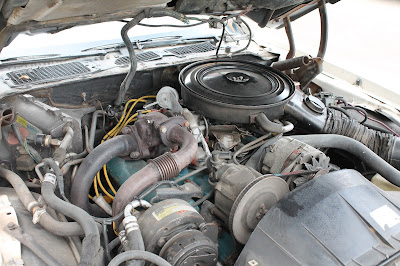 The two largest reasons for the failure of the Turbo Trans Am in the market are it's big-block brawler fore-bearers and the maintenance averse type of owners that bought these cars. Understandably, the fledgeling 4.9 liter turbo wasn't as fast as it's old-school 6.6 liter predecessor from only a few years ago. Times were changing and it was becoming increasingly hard to satisfy federal emission regulations. 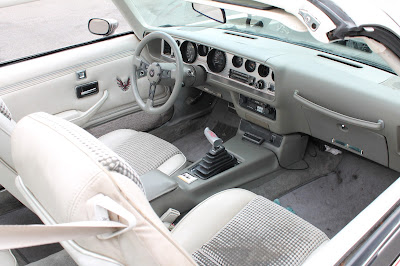 Secondly, the typical person who bought a Trans Am in 1980 was little concerned with the fragile nature of early turbocharged engines and how vital proper warm-up and cool-down was to their prolonged health. As a result, the vast majority of TTA's have had their original turbos removed or even replaced with larger, naturally aspirated engines. Coincidentally, the TTA's would be the last Firebird with real Pontiac engines as later years would use Chevrolet/GM engines exclusively. 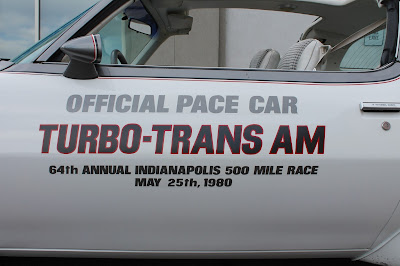 Our feature car is one of 5,700 pace car replicas made in 1980 and surely one of only a small triple-digit number still sporting a (albeit replacement) turbo on top of the intake manifold. Like many of GM's bold ideas, the Turbo Trans Am was an ingenious plan marred with lacklustre execution. Today, many auto manufacturers are trying to downsize engines by turbocharging (Ahem! EcoBoost!) just as Pontiac was doing in 1980. Pontiac would eventually perfect the Turbo Trans Am concept in the late '80's with the lightning quick V6 turbos; but that's a story for another day.