Found in the Wild: From Siberia to Suburbia 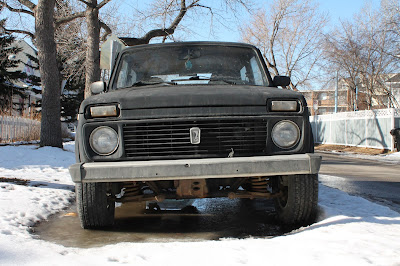 There were a Lada these built, but you Niva see them anymore. Now that we have the world's best pun put away, let's discuss what we have here. The rugged and simple Lada Niva started production in 1977 and you can still buy one new if you live in the right part of the world. How many could possibly be left as daily transportation in Alberta? 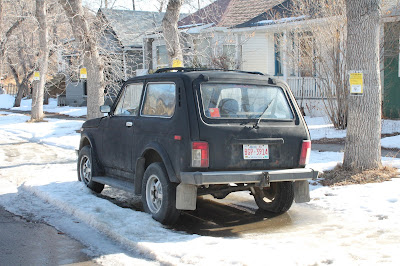 Accurate year identification is difficult as these were made for so many years with only slight changes. Let's assume it's an early 80's model. Ladas are actually not too uncommon in Calgary and can be seen from time to time in back streets and junkyards if you're lucky. Ladas were never sold in America but were available in Canada between 1979 and 1998. Importing one into Canada would be a breeze but the importation fees would easily eclipse the value of the car so this one's probably a native here.

Unlike previous Ladas, the Niva was not so heavily based on Fiat designs. The 4x4 system and front suspension were both pure Lada. Due to their outdated design rugged simplicity, many of these little 4x4's are still earning their keep around the world. 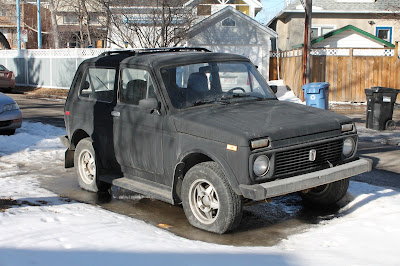