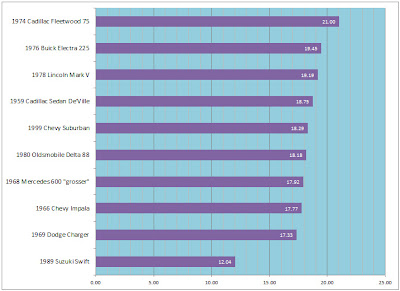 Perspective is an interesting thing. A Geo Metro parked next to a '59 Cadillac will look half the Caddy's length, but is it really? This chart lists and orders the cars that most people consider to be big and long (Ladies, stay with us) and order them graphically. So come along for the ride, we won't be long. 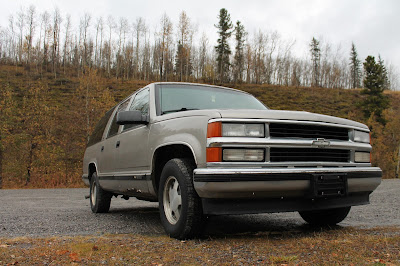 The list includes vintage vehicles that most people consider to be very long. Weight and girth are nice, but length is the only metric we're examining today. Among them are two modern vehicles as references: A 1999 Chevrolet Suburban and a 1989 Suzuki Swift. 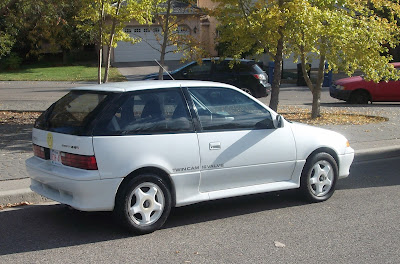 The first thing that's apparent is that the Swift is simply dwarfed by all of these cars. Coming in at five feet shorter than the next largest car, it's clearly outclassed here. Of course, as one of the smallest cars from the decade where cars were the smallest, it's really not a shock. 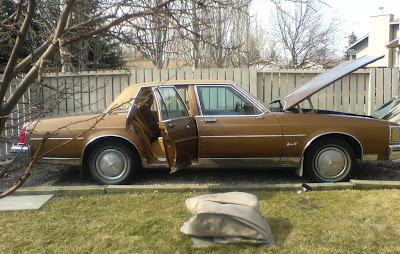 What is shocking, is just how massive that Delta is. At just over 18 feet long, its very nearly as long as the Suburban and it's longer than the 1966 Impala. Now that's actually surprising.

While the Delta might have it's own zip code, the gargantuan 1974 Cadillac Fleetwood 75 is the size of a small continent. Crowning this list with its ridiculous 21 feet of length, the Fleetwood is the ultimate land barge. Powered by an 8.2 liter V8, the Japanese could never build a car like this one.

So hats off to you, mighty Cadillac, for you have reached farther than any other (non-limousine) car ever made.
Posted by Clayton S at 4:59 PM