Found in the Yard: To Ramble on no More 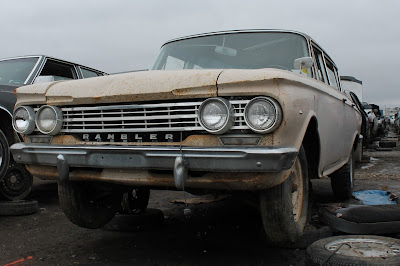 A more innocuous classic would be hard to find. Today's 1962 Rambler Classic is a brown paper wrapper in every sense of the word.  It's always hard to see a 50 year-old car in a crusher-bound state. But the sad fact is, with a value in top condition of under $10,000 and drivers worth around 2-3k, the values just aren't enough to keep old four-door American iron out of the junkyard.


Despite some unusual and frumpy styling, there's not a whole lot that differentiates this Classic from the millions of other commuter grade cars of the 60's. Though some Ramblers were sold with aluminum straight six engines, this low-spec Classic almost certainly has the iron block 196 cu. in. straight six. Not exactly the burbling V8 that most people want under the hood of their classic American car. 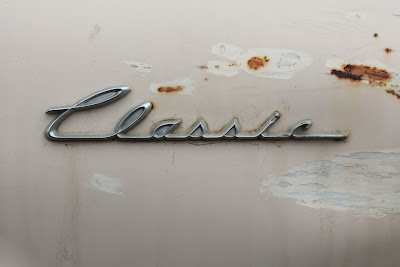 It's also worth noting that the Classic was a "compact" class car by 1960's standards. Don't forget that in 1962, the Japanese were still making cars that most Americans considered to be bite-sized. 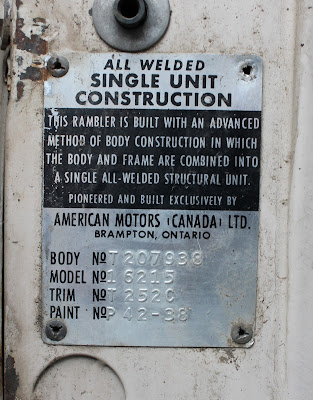 But what these cars offer is something not very many people want. These cars represent what real cars were like in the early '60's. Not everyone drove a split-window Stingray or a 413 Max Wedge powered drag special. These deliver an unadulterated experience of driving history.

One day, when we're surrounded by perfectly restored SS clones and tri-five Chevy's, we'll wonder where the real cars of the '50's and '60's went. Maybe one day we'll lament the loss of the once populous herds of station wagons, column shifts and straight sixes. But that day is not now and might not ever come. So do your part; consider a four-door as your next classic car purchase.