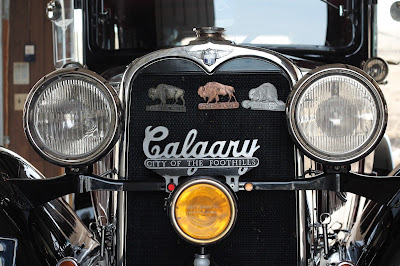 How old is old? The average age of cars on the road as of 2012 was 9.3 years. And any car from the 60's will draw stares and stand out as a beautiful anachronism of another time. But today's featured 1928 Dodge Brothers Victory Six was over 40 years old when the Apollo moon landing occurred. Think about that for a bit. 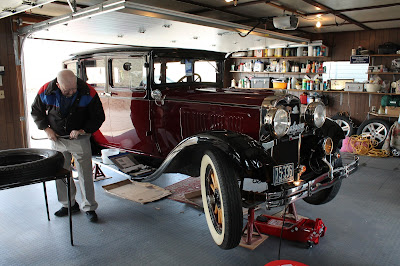 Seeing a car like this outside a museum is simply overwhelming. Your eyes are pulled from one fascinating detail to the next. I spent at least 15 minutes just walking around it with a glassy look of wonder on my face. 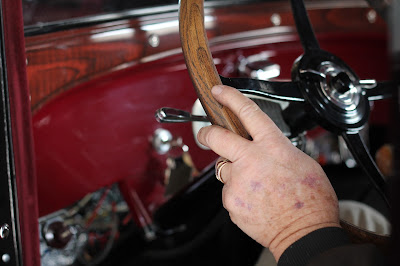 The big Dodge is covered in chrome and polished lacquer. The car is so well finished, it's difficult to shoot pictures without getting a perfect reflection showing in the paint. Ken Rambow has owned the car for over 30 years and is responsible for it's impressive condition. A devoted MoPar enthusiast, Ken also has a very special '66 Belvedere in the garage. But we'll cover that in another installment. The product of an extensive restoration that used parts from three different cars, the Victory Six is a shining restoration that actually gets driven. In fact, several years ago, Ken drove it hundreds of miles from British Colombia to Ontario. 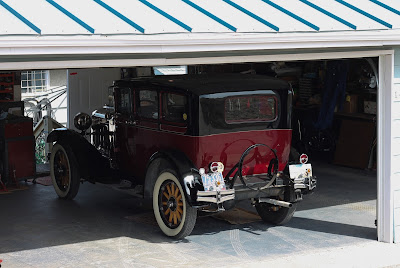 While many are well familiar with cars of the 50's and 60's, fewer people are knowledgeable with pre-war cars like this. The Dodge Brothers Victory Six was a mid range luxury car when it was new. Costing twice as much as a contemporary Ford, the Victory 6 was only surpassed in the Dodge Bros lineup by the Senior Six.

The Victory Six features manual hydraulic brakes, a three speed non-synchronized gearbox and Dodge's first six-cylinder engine. The flathead straight six displaces 221 cubes and makes 52 horsepower. It idles so quietly and smoothly that you really have to listen to know if its running. These old engines were about smooth operation and locomotive-like torque. This one idles like a sewing machine but pulls like an ocean liner. Never quick, but never weak, this engine just chuffs along. 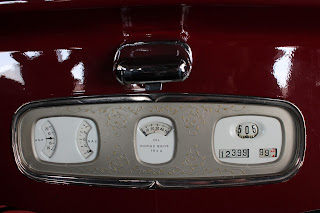 The charm continues in the interior. No seat belts, no side bolsters and no plastic. Just a tall, softly upholstered place to seat yourself and friends. The speedometer is the gauge in the top-right of the photo and revolves to show your speed. Very cool.

Sadly, these old timers are really almost completely gone from our roads. Most cars this old only get pulled out for parades or to go to and from shows. While their low top speed limits long distance usability, it's good to know that at least one gets driven as it should.
Posted by Clayton S at 5:18 PM