Found in the Wild: The Supra Takes Flight

Today, the word "Supra" conjures images of Brian O'Connor racing Toretto and YouTube videos of 1,000 horsepower monsters. But it wasn't always that way. The Supra started out as a rather ungainly looking six-cylinder version of the humble Celica. But by 1984, when this car was made, the Supra was quickly becoming the hot Japanese coupe to have and the upcoming turbo versions would cement that idea. 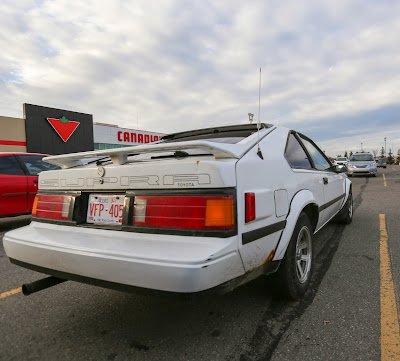 This is a 1984 Toyota Supra and it's the second generation of Toyota's rear-drive sports coupe. The second generation Supra was still based on the Celica platform (And was even called a Celica XX in Japan) but had a unique front end design and of course, a unique DOHC straight six engine. 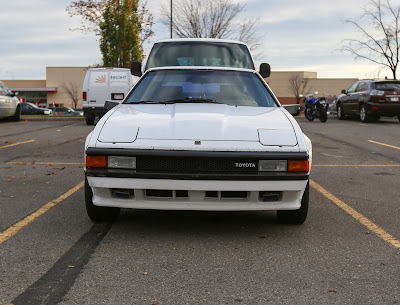 Powering the handsome car was a 2.8 liter six that produced a velvety snarl while cranking out 145 horsepower. The 1983 Datsun 280ZX also had a 145 horsepower 2.8 liter straight-six so the two were natural rivals. But more on that in a later story...

While quite hefty at 3,000 lbs, the Supra possessed all the hallmarks of a great 1980's sports coupe. It had bolstered sports seats with odd inflatable bolsters, chunky fender flares and pop-up headlights. These cars look great with raised white letter tires!

These earlier Supra's have been largely overshadowed by the later third and fourth generation turbocharged versions but they are gaining in value as '80's cars become increasingly sought after among enthusiasts. Though a little wallowy in their stock form, these cars can really be woken up with stiffer springs and a shouty exhaust. And their engine bay accepts all manner of Toyota straight-six engine swaps should you choose to go that route. 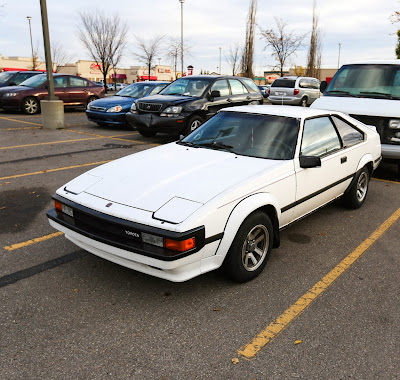 Today, rough but driveable examples like our featured car are plentiful and cheap. However, finding an immaculate second generation Supra will take some time and effort. Not that it won't be worth it as you swing the tachometer towards 6,000 rpm on a late night run.

All photos of this car were taken by SAIT photojournalism student, Phillip Currie. His website can be found here and his Facebook page can be found here. Currie enjoys landscape photography. In this past year he has had his pictures on Global and CTV news, as well as the Calgary Herald.