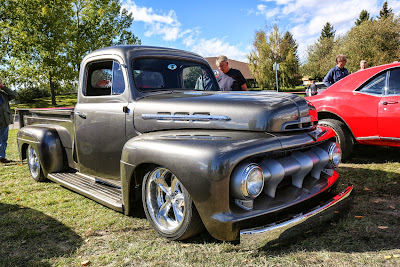 Many of you outside Alberta might not know it, but the Alberta town of High River has had a bit of a rough summer. The floods hit High River hard and thousands were forced out of their homes by the rising waters. But the people there are resilient and many volunteers pulled together to get the town cleaned up. It's not perfect yet and it won't be for a while but if the 600+ cars in attendance can say anything, it's that the town is back with a vengeance. 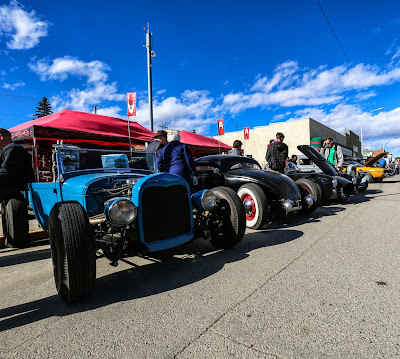 The cars at the event were not limited to any certain genre so there was something on hand for everyone. Old-school hot rods parked next to shining Nissan GTR's and it was quite the sight. 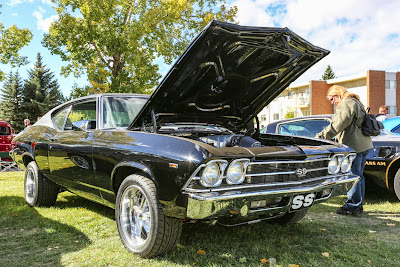 One remnant from the flood that was particularly noticeable was the dust kicked up by the windy weather from the once flooded and muddy streets. Lustrous black cars like the above 1969 Chevelle showed it the worst and it was a real shame as many owners worked for hours to polish and shine their cars before the event. 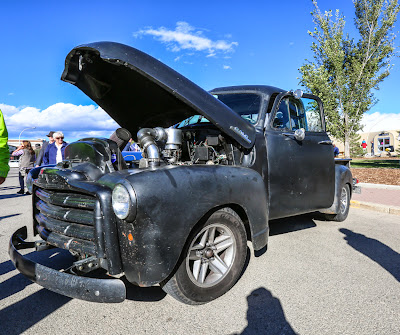 Not that there was much polish on this tough looking 1948 GMC. Sporting IROC Camaro wheels and some terrifyingly awesome version of forced induction under it's massive hood, this was one mean looking truck. Whoever built this mad fright pig, hat's off to you! 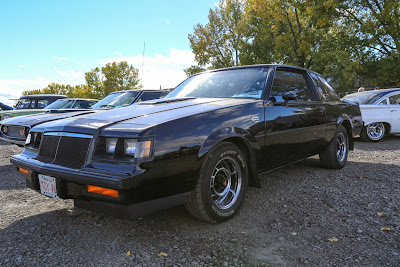 Speaking of forced induction, we can never pass up a chance to feature an 80's turbo Buick. We found this turbo Regal a while ago but here we have a sinister looking Grand National. These 3.8 liter V6 turbos have limitless tuning potential and have been scaring V8's for decades. 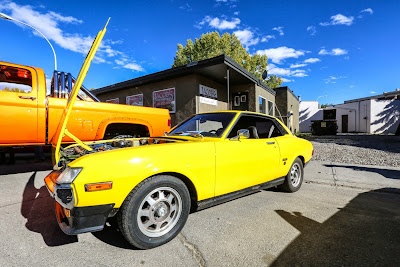 There was some cool Japanese stuff present as well. These '70's Celicas are getting to be fairly rare but their mini-Mustang looks and Toyota reliability make them an excellent choice for a cool car on a budget. 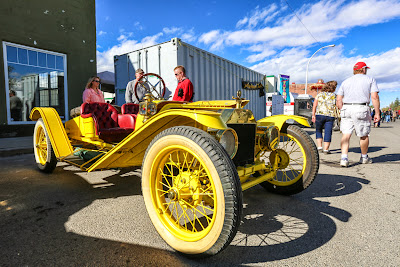 This brass era Ford Model T racer looked great in yellow. In the very early days of motoring, few could afford a european sports car so many bought Model T's and stripped them down for lightness and went racing. I'll bet 50 mph has never been so exhilarating! 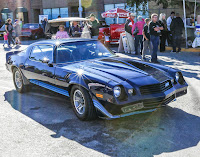 There was also a very healthy selection of muscle cars ranging from this wild gasser style '65 Ford Falcon to this bone stock and oh-so malaisey Camaro Z28. Once again, something for everyone. 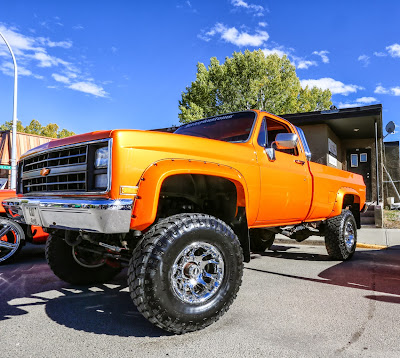 There were even a few shined up 4x4's. Usually we like our trucks dinged up and muddy but this orange Chevy C10 looked way too good to complain. 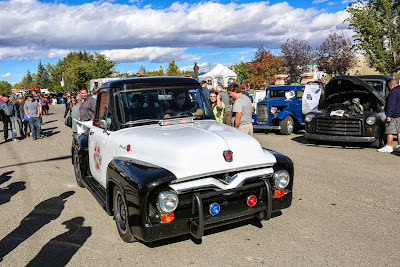 Everything was going great until the cops showed up! Luckily they only seemed to be interested in showing off their badass 1954 Ford pickup. In all, a great show with a ton of variety. Hope to see you there next year!

There are more pictures in the gallery below. Don't forget to click on them for full-size. 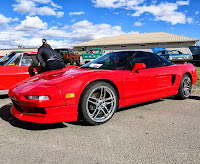 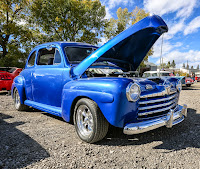 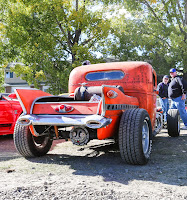 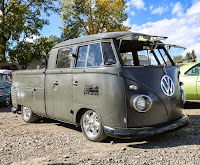 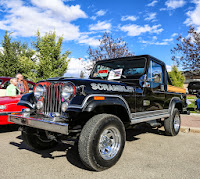 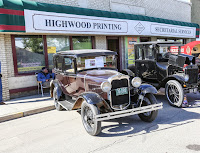 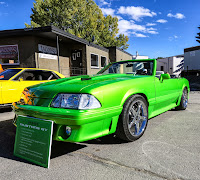 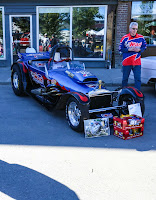 All photos from this event were taken by SAIT photojournalism student, Phillip Currie. His website can be found here and his Facebook page can be found here. Currie enjoys landscape photography. In this past year he has had his pictures on Global and CTV news, as well as the Calgary Herald.
Posted by Clayton S at 6:54 PM