Found in the Wild: Pontiac Strato Chief a Bed of Roses 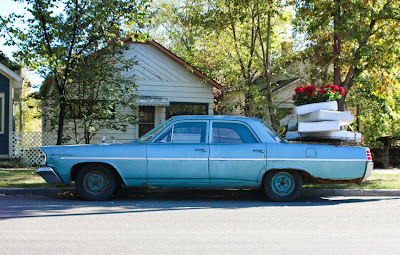 Undoubtedly, Pontiac's best decade was the '60's. In the years after fins and before muscle cars, Pontiacs were some of the most sought after vehicles in North America. They had a inimitably graceful swagger about them. They were imposing without being brash and Bauhaus without lacking substance. More crooning after the jump! 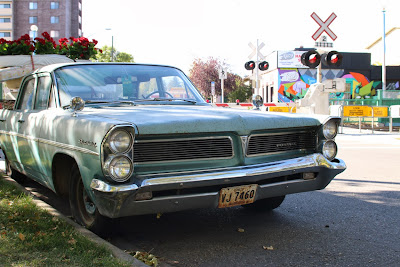 There were many Canada-only Pontiacs made between the '50's and '70's and todays awesomely named 1963 Strato Chief is one of them. This car would be called a Catalina stateside. Whereas in the US Pontiac was an upscale alternative to Chevrolet, in Canada Pontiac was supposed to be the "thrifty/value" line of vehicles. Gotta love an 18-foot long economy car! 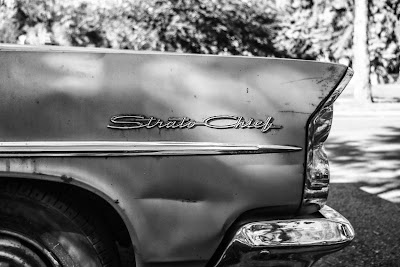 Interestingly Pontiacs of this vintage are powered by Chevrolet engines and this low-spec sedan is likely motivated by a 230 cubic inch straight-six or a 327 cubic inch V8. Not especially powerful but both engines are well loved for their reliability and low end grunt. 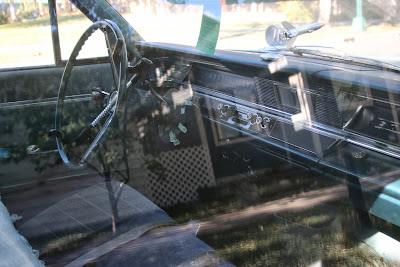 But the real anachronism is the transmission on this car. A sure sign of a cheap value conscious first owner is the three-speed manual transmission shifted on the column. It's a less than intuitive place to put a shifter as the taped notes of gear positions can attest. Perhaps the real obsolete object in the car is the theft prevention club. Not many people would know to pull the column shifter backwards and down to engage 1st let alone work a clutch. 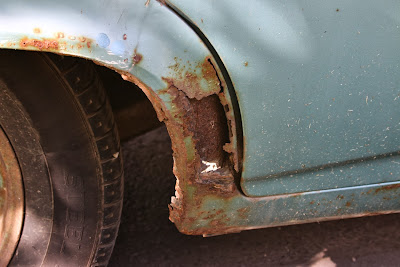 This car is parked near a busy Calgary train station year-round so many Calgary commuters are probably familiar with this car already. It bears the wrinkles and cancers of age in the northern climate. I'm not sure what rules their are regarding street parking but the owner sure does. He seems to move it just enough to avoid a ticket. 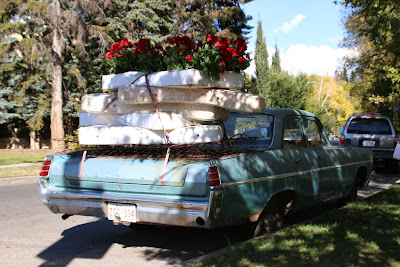 It also seems to be perennially sporting some kind of odd art on the trunk. Personally, I've seen the car covered in a giant (and fitted!) knit car blanket, a giant wicker phoenix and currently this rather clever "bed of roses" work. Props to this weird and wonderful person who keeps this car out here to bemuse passersby. He might not know the difference between a 327 Chevy and a 389 Pontiac but he recognizes the car as a piece of art. And one that wears its age with pride.
Posted by Clayton S at 1:00 PM